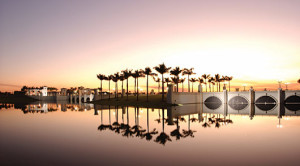 The resort styled community features an incredible neighborhood pool, a fitness center, playgrounds, and an aqua park for younger children.  You will also find tennis courts, and both indoor and outdoor basketball courts.

Below is a list of homes for sale at Olympia Wellington, Florida.   Contact us today if you have questions or would like to schedule a showing of a homes at Olympia!

Wellington is a city in Palm Beach County, Florida, United States. As of 2014, the city had a population of 61,485 according to the U.S. Census Bureau,[8] making it the most populous village in the state. It is the fifth largest municipality in Palm Beach County by population. Wellington is part of the South Florida Metropolitan Statistical Area. Wellington was named Money Magazine‘s “Top 100” Best Places to Live in 2010. Although Wellington is not a village under any standard definition of the term village in the US, it is referred to officially as the “Village of Wellington“.

The Village of Wellington is known for its equestrian community and hosting equestrian events and is considered the top International Equestrian destination for the diverse equestrian disciplines of show jumping, hunting, dressage and polo.

Wellington holds the largest and longest running horse show in the world from January to April.[18] It is host to theWinter Equestrian Festival and more than forty weeks of equestrian competitions per year. A new expansion includes the Global Dressage Festival. International competitors attend the equestrian events and social event held in the community.[19]

Each year Wellington hosts several high-goal polo tournaments including the USPA Piaget Gold Cup and the Nespresso U.S. Polo Open at the Palm Beach International Polo Club.[20] The International Polo Club was an idea that created by players for players, and it was born out of the dream to build a facility to showcase the incredible skills of the ponies and players that dominate the sport. The arenas of play include three state-of-the-art playing fields and a stick and ball field. Brunches, charities, corporate events and more are hosted at the International Polo Club in Wellington.

The Wellington Amphitheater hosts events like free movie night, musical and comedy performances, the Food Truck Invasion and many more.[23]

Wellington has two regional malls The Mall at Wellington Green, and the Old Wellington Mall along with a many other nationally known retailers located in outdoor shopping venues along the major commercial highways.

There are a number of entertainment and cultural venues such as the Kravis Center for the Performing Arts and the Norton Museum of Art in nearby West Palm Beach.