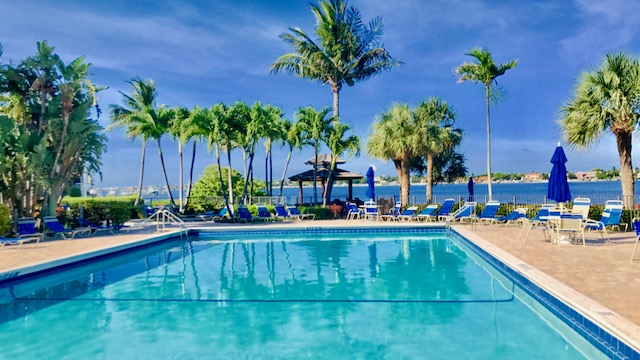 Half Moon Bay Hypoluxo Condos For Sale: Half Moon Bay is a superb Intracoastal waterfront community with resort ambiance featuring ocean breezes and leisure strolls along the sand beach.  There are two lovely heated pools, hot tub, saunas, promenade lounge deck and gazebo along the waterfront.  The clubhouse at Half Moon Bay is inviting and comfortable and the scene of the many eclectic parties sponsored by the community Social Committee.  There are three tennis courts and a bocca ball court for residents and guests.  All of this in a gated community close to all that the Palm Beaches offer…beaches, shopping, entertainment, restaurants…you name it.  It just doesn’t get much better than this!

The name “Hypoluxo” comes from the Seminole name for Lake Worth, roughly translated “water all ’round — no get out.” The lake was later renamed in honor of Seminole Indian War colonel William Jerkins Worth.

However, the name “Hypoluxo” still was associated with the area on the south shores of the lake, as evidenced by its appearance on an 1841 War Department map.[4] Hypoluxo Scrub Natural Area is a protected landscape.