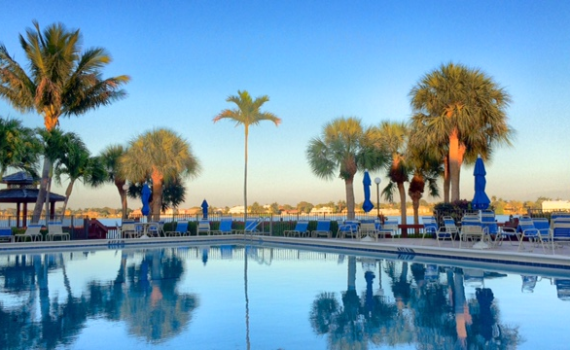 Half Moon Bay is a superb Intracoastal waterfront community with resort ambiance featuring ocean breezes and leisure strolls along the sand beach.  There are two lovely heated pools, hot tub, saunas, promenade lounge deck and gazebo along the waterfront.  The clubhouse at Half Moon Bay is inviting and comfortable and the scene of the many eclectic parties sponsored by the community Social Committee.  There are three tennis courts and a bocca ball court for residents and guests.  All of this in a gated community close to all that the Palm Beaches offer…beaches, shopping, entertainment, restaurants…you name it.  It just doesn’t get much better than this!

DISCLAIMER: The data relating to all properties for sale or lease on the Home Max Realty International website comes in part from a cooperative data exchange program of the multiple listing service (MLS) in which this real estate Broker participates. The homes displayed may not be all of the properties in the MLS's database, or all of the properties listed with Brokers participating in the cooperative data exchange program. Homes for sale that are listed by Brokers other than this Broker are marked with either the listing Broker's name or the MLS name or a logo provided by the MLS. The Detailed listing page about such properties includes the name of the listing Brokers. Information provided is thought to be reliable but is not guaranteed to be accurate; you are advised to verify facts that are important to you. No warranties, expressed or implied, are provided for the data herein, or for their use or interpretation by the user. The Florida Association of Realtors and its cooperating MLS:s do not create, control or review the property data displayed herein and take no responsibility for the content of such records. Federal law prohibits discrimination on the basis of race, color, religion, sex, handicap, familial status or national origin in the sale, rental or financing of housing. Home Max Realty International is an equal housing opportunity real estate broker serving South Florida area. By accessing this page you are agreeing to our terms of use. All rate, payment, and area information are estimates and approximations only. Home Max Realty International is not affiliated with or connected to the “RE/MAX” organization. Palm Beach Ft Lauderdale Miami Luxury Real Estate For Sale. PHOTO AND VIDEO DISCLAIMER: FOR PHOTO AND VIDEO OWNERS: If it happens that you see your work posted here, and you don’t want it to be, and you want it removed, just email the webmaster, together with the link of the photo or video, on her email address: homemaxrealty@yahoo(dot)com. DMCA Notice: https://miaminewluxury.condos/digital-millennium-copyright-act-notice/ Copyright © 2019 Home Max Realty International - Developed By Home Max Realty International